Over the past few days, I’ve worked on two more monotypes not previously pictured and re-worked another that was.

I kept looking at the one with the chine colle pieces with the rocks from Collioure and just couldn’t keep the rocks. I pulled up the edges of the paper and peeled and scraped off as much of 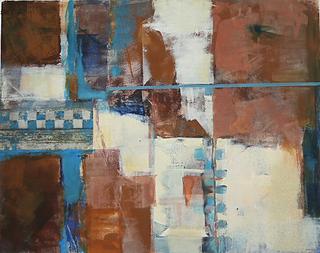 it as would come loose. I, then worked on the bare spots with oil based relief inks again to protect the bare paper from the linseed oil in the oil paints. After I did this I just kept working on it and turning it around. The final piece is now in a horizontal format instead of vertical. I may need to re-think a title here now that the rocks are gone.

I continued to work on two more pieces that I think of as aerial views of the landscape. They also turned into horizontal format by the time I was through with them. I added oil paint to the monotype……one of these is the ghost of the other. 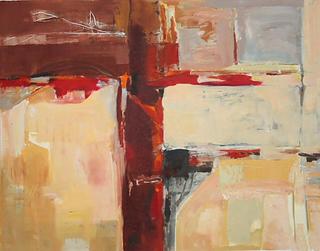 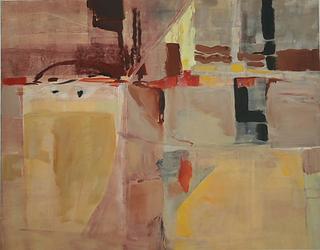 I’ve also determined that the two chine colle pieces from France and Spain from the previous post will need a lot more refining and simplifying……..they are just too busy looking and lots of the information will have to be edited……..but that is for another day.

It’s also good that I determined some time ago that it didn’t matter if these pieces remained true to the monotype process………’cause they sure aren’t and have turned into paintings.