Back from a month at Cat’Art 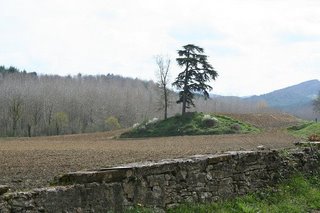 I haven’t written in the blog since Wednesday when we left for Toulouse. The hotel wasn’t as hard to find as the one we stayed in last time and due to some clues from Robin on finding the Avis rental return, we got past that a lot faster than two years ago as well.
We checked in to the Ibis Blagnac, had a glass of wine. Then decided to take the car on back that afternoon and use the shuttle to the airport the next morning……..that turned out to be a great way to do the auto rental return.

The hotel had wi-fi (hum is is wi or we-fee as pronounced there??) Anyway, at a price of 8 Euro you could use Orange for 2 hours. I didn’t think about the fact it might only be on the Ibis network so didn’t get to use the last 45 minutes at the airport waiting to depart as planned. Oh well……….I tried. France Telecom or Orange should sell weekly unlimited access for people traveling…….

The dinner at the hotel was satisfactory and we turned in early knowing 4 am would come before we knew it.

The trip was as uneventful as you can make it when you have so far to travel…….about 1 1/2 hours to London and 9 1/2 to Dallas…almost 3 hours on the layover so I was able to get the two grandsons a souvenir ball cap each…already had my girls something.

We left Dallas early Friday morning heading home. I’ve been unpacking, checking snail and email, grocery shopping and now even cooking ever since…..well, except for lots of long naps, afternoon and night. Good news from my Louisiana gallery that 4 paintings were sold and the check was here for my return. It’s been hard on sales since Katrina…………..

I can’t say enough good things about all the people at Cat’Art. They went out of their way every day to make our art residency pleasant………we’ve made new friends in France. How happy we are that Ellie Clemens mentioned the art center in Ste. Colombe sur ‘lHers, Aude, France.

Hum…maybe a nap is a good idea right now as well.