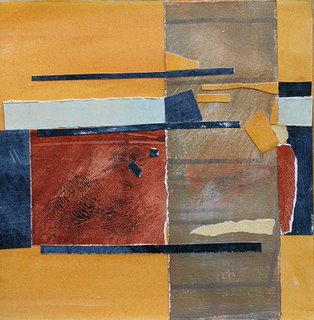 Got all six pieces with strap hangers and wire finished up last night ……AND all ready for the varnishing this morning. Now all the work is varnished and waiting for it to level out on the surface before they can be put up to cure another day.

Then I can get back to the serious fun stuff………..those four paintings in process………Oh,and one other I came across while moving stuff around. One of those that just never passed muster although I did make slides one day. It’s history now as I just brushed on some cobalt blue and it will now be ready with the other four for magic to happen. SO, bring on the magic. Maybe I should call it “thinking or not thinking” according to the twice weekly letter from Robert Genn this morning. Or right vs. left brain thinking. Sometimes you need some of this mundane studio work to just relax the brain and have it “ready” for the magic of right brained thinking to come. While I’m doing things like this or mixing up a whole new palette of paints……..or even cleaning up, heaven forbid, my brain rests and mulls over the things I’ve tried to make it “think” about and consider for the next work. Kinda like dreaming while awake.

Since I don’t have another painting to put up right now……..here’s another of the collages I did in France in April. Blogger wants to turn it around as well but that will just have to be as I can’t figure out why it does this to some images. So just pretend the taupe colored band is in the top. Analyzing this later, I figured those drips look a lot like the spacing of all the plane trees we saw up and down every road in the area.