I’ve kept chugging along with working on the eight 16 x 16″ paintings. Just as I get two I like, I go on to others and before you know it I have multiples of ‘two”… LOL.

I now have eight but they still look a little like multiples of two. Maybe if they are re-arranged that won’t be as apparent. The first two have a lot more of an orange in the ground as well but I like them as they are so I hesitate to ‘fix’ them to go with the others.

They are not varnished yet or signed so I can always make a few adjustments but I think I can say these are about done. They will be hung as a group 5 or 7 of them probably anyway instead of all eight.

Ready for something really big next OR get out the wax. 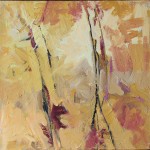 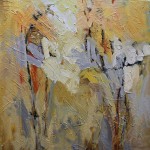 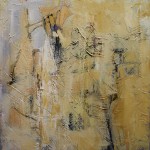